The Spirit is Willing…on DVD – The Unique Geek

When we reviewed The Spirit during its theatrical release, we thought the experience might have been improved on DVD. The theory was the movie was so full of brilliant, distinct images and equally full of complicated action, we ached to seize the reigns ourselves, to have the opportunity to slow down that action (or skip it all together) and see, really see, what was there.  With the DVD (and Blu ray) out today, we got that chance, and all we can say is: “God bless the pause button.” 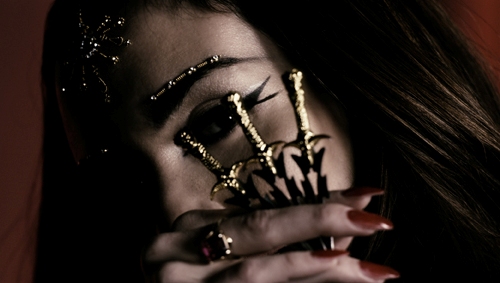 Also confirmed was our suspicion that director Frank Miller was overwhelmed by the party atmosphere on the set.  In the director’s commentary (more entertaining than most, art fans, he’s joined by producer/comic book fan Deborah Del Prete) he floats on a tide of gush for his celebrity pals.  Being by nature more visually oriented and probably star-blind and flattered, he let the story and the action get away from him.  You want to stand there and say that, Scarlett?  You go, girl.  You want to take over your scene and improv your own dialog, Sam?  Your call, bro.  It’s the director’s job to make the actors happy, right?

When he’s doing his actual job and focusing his actual talent, he scores.  The atmosphere and the look of the film really work, and one wonders if the editor and cinematographer were, in turn, dazzled by Miller, because he had them inspired to work at the top of their game.  The snow, those silhouettes, that city!

There’s a featurette on the green screen process they used to prep the scenes for background inclusion, and we learn that if the actor isn’t touching something in a scene, it isn’t there.  It’s legitimately impressive, and while we’ve been seeing and hearing about this process since Princess Leia’s hologram first beamed out of R2, the capabilities and opportunities the modern advancements provide are amazing.  You can almost literally do anything.  I mean, they used it to rescue this crazy movie.

There’s a cute alternate ending played out with Millier’s images, and having a living legend and cultural innovator as your storyboard artist doesn’t hurt at all.  Sam Jackson (The Octopus!) and Gabriel Macht (The Spirit!) come in to narrate, and it sort of solidified a thought I had during the movie but didn’t give voice to in the original review.  They’re playing rivals in the film, and it sort of played out for real during the making of the movie.  Macht, lord bless him, is trying as hard as he can to be an upright hero, do as he’s directed and make a great holiday hero flick.  Jackson is a force of chaos, cracking up and trying to see what kind of goofy nonsense he can get away with.  They let the Joker on the set and Commissioner Miller couldn’t quite put him away.

Packaging-wise, the Two-Disc Special Edition has a pretty super die-cut slip case and does a nice job of choosing eye-catching costumes and images from the movie.  It should stand out on the shelf.  The original trailer is on there too, so you can puzzle over the ad campaign. 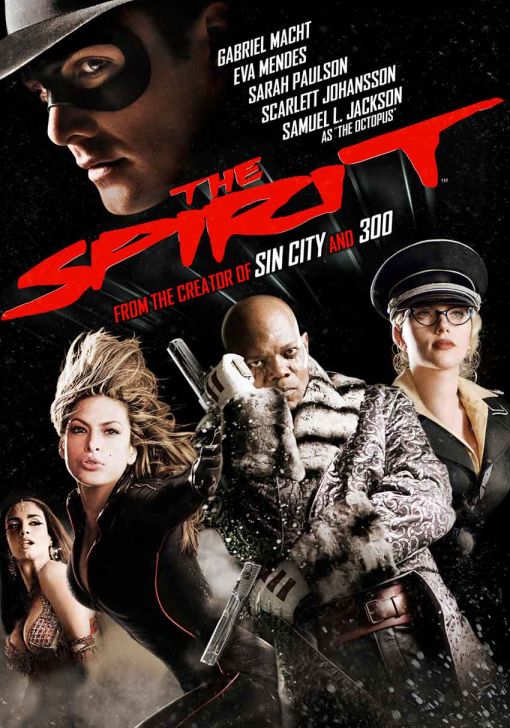 It’s worth checking out to marvel over the effects and lust after the cast at your own speed.  The images are very strong.  That opening fight still gives the impression you’ve shown up late to a party where everyone else is crazy tanked and you have no chance of catching up to them, but Eva Mendes rising up out of the water will sober up even the drunkest reveler.  Have the remote handy.

Oh!  The second disc is a digital copy of the movie, which makes it easy to download to whatever platform you dig.  Dig?

The Spirit releases today on DVD and Blu-ray.

PS: I don’t have access to the Blu-ray, but  there are some intriguing notes from the press release.  There’s an interactive  function called MOLOG (Movie Log!) which lets you communicate online with other Blu-Ray folks and narrate or comment on the movie while it’s playing.  I’ve heard of it before, but never seen it.  I might want to ask the guys in our Technical Difficulties podcast to explain it to me, but the concept is pretty exciting.  This would be a fun one to shout about.  Like, you could make a little buzzer sound every time they show that photocopy of the rump or “dish” on the costumes.  I think it would be worth it to log on and hear someone across the country call The Octopus a “hot tranny mess.”

May 2009 Comics Preview With Shag and Mike – The Unique Geek