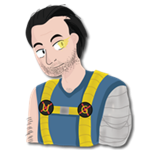 I know for most of you there is only ONE reason to be in downtown Atlanta Labor Day weekend.

But what if you have a significant other that embraces your inner-geek, but would rather watch paint dry than discuss what the Harry Potter films got wrong/right? Or, what if you want to get a jump on all the D*C action, so you arrive 3 days early? What ELSE is going on in Atlanta?

Well if you ask me nothing nearly as important, but just in case you are not me (which you may be… my therapist won’t tell me for sure) I have a small list of other things mortals may enjoy (in truth these are pretty cool things to do).

If you have the little ones (8 and under) in tow, and the Aquarium wasn’t enough, how about trying the Atlanta Children’s Museum? It has play areas and activities to engage even the must stubborn Youngling.

Does your L.I.S.O. watch the Home and Garden channel while you raid Blackwing Lair for the 501st time? Then, the Museum Of Design just might be their thing.

You are in Atlanta, home of Coca-Cola… you might have heard of it – it fuels many a geek. So you might as well pay homage and visit the World Of Coca-Cola.

Like shopping? Then there is always Underground Atlanta. No it is not a hangout for vampires and trolls. It is ‘six blocks of shopping, dinning, and history‘ (according to the official website).

Finally, for what is (for the most part) the antithesis of Dragon*Con… a series of  sporting events are going down that same weekend. Here are the Big 3:

So there you have it some other stuff to do.  But realistically, you will be having way too much fun to  do anything else.

Got some other activities you like to do in the ATL ? Drop us a line at 50Days@theuniquegeek.com OR leave a comment.